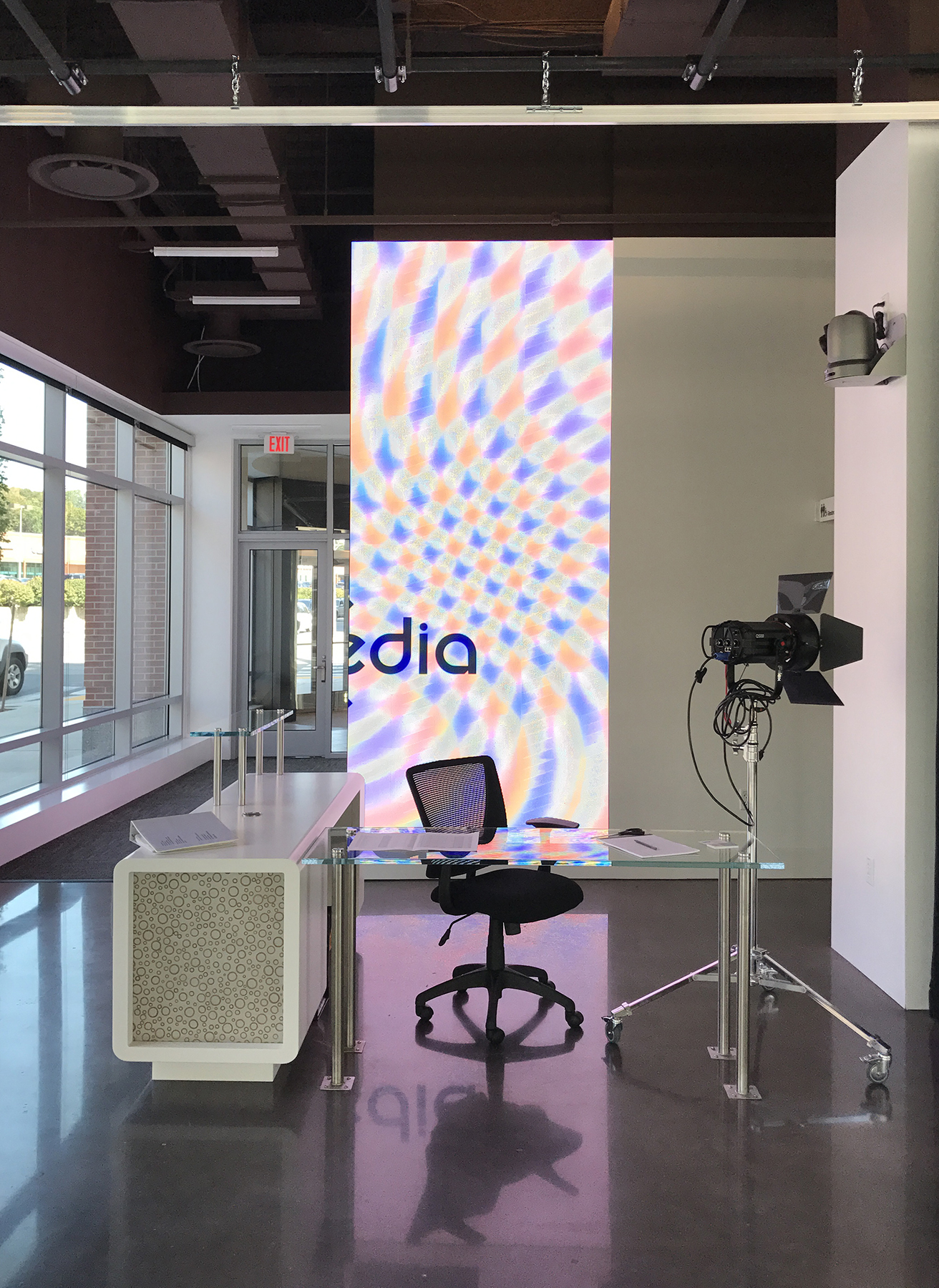 HC Media is an award-winning local community access station with an uncommon vision. Unlike typical cable-access stations, HC functions as the growth plate of media. Studio 101 is a 3,400 square foot televisual and audio production studio--but it is also a teaching space for media production coursework through UMass Lowell, Northern Essex Community College, and HC Media itself. It is also a community gathering space, home to the HEFF (Haverhill Experimental Film Festival), musical concerts by local artists, political debates, fundraisers, and artists’ openings.

Our design evolved through a series of investigations and debates. We toured the studios at Boston's WGBH and researched other production facilities. As we discovered the ways the new space would be used, it became clear that the modes in which media is produced and consumed are evolving too rapidly to use existing studios as a model.

Designing a single purpose-built television studio is simply not possible if the ultimate role of the facility is still largely unknown. Designing to a program that is a list of spaces and adjacencies does not work here; instead, our program became a list of intentions and predictions. Studio 101 is now a place of dynamic discovery and invention rather than a static place devoted solely to production. The role and modes of media will evolve and be captured rather than defined and accommodated.

The way this space will be used remains an open question.